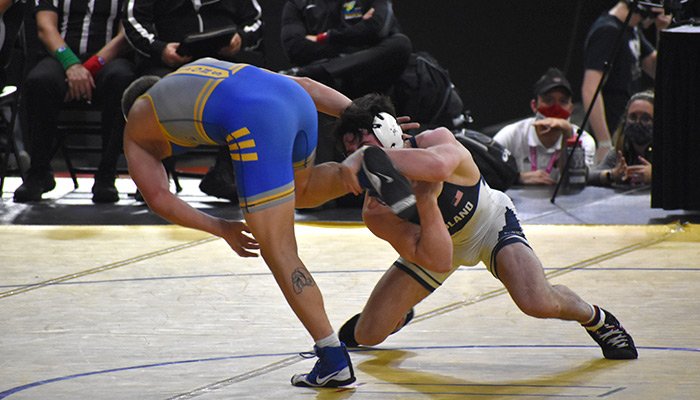 The best high school wrestling tournament in the southeast took place this week at the Silver Spurs Arena and it didn’t disappoint.

The event featured at least 11 nationally-ranked wrestlers and some of the top teams from across the region.

Tuttle came down from Oklahoma and won the team title with seven placers and one champion. The Tigers were strong from top-to-bottom with 10 different wrestlers contributing double digit points to Tuttle’s 215.5 total.Just behind them in second place was Baylor School from Tennessee with 197.5. Woodland High School from Georgia finished third with 3 champions.

152: Caleb Henson (WOCA) dec. #1-1A Darian Estevez (SOM) 11-6
All Henson does is win Knockout titles, taking home his third singlet with an 11-6 win over Estevez. The 4th-ranked Henson looked like he was having fun throughout the tournament. Estevez gave the junior from Woodland his best battle of the weekend, the only one Henson didn’t win with bonus points.

160: Cole Cochran (WOCA) dec. #1-2A Lucas Willis (CHAR) 8-6
A wild and testy one with Cochran rallying in the second period with two takedowns before securing the title with a takedown 31 seconds into the third. Willis was dominant through the tournament up until the final, allowing just two escape points in four bonus point victories leading to the final.

A pair of nationally-ranked wrestlers met in a final where Smith showed off his quickness with some moves that earned some oohs and aahs from coaches watching on the side of the raised mat. 10th-ranked Smith won all over his other matches by fall to set up the final with 18th-ranked Harper, who also advanced with bonus point wins in his first four bouts.