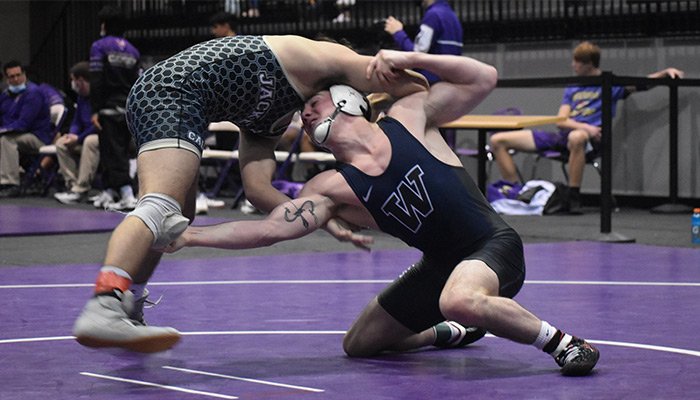 Each of those three programs — Adairsville, Cass and Woodland — likewise earned top-four seeds in the eight-team brackets for their respective classifications.

The Wildcats, coming off back-to-back duals titles, predictably landed the No. 1 spot in the Class 5A bracket. Woodland is set to face eighth-seeded Walnut Grove in the opening round Saturday at Locust Grove.

Assuming the Wildcats emerge victorious, the winner of Ola and Harris County would await in the semifinals.

Woodland could face rival Cass in the championship match if the No. 3 seed Colonels defeat Jackson County and the winner of the first-round matchup between Woodward Academy and Ware County.

The Wildcats and Colonels met earlier this month in the Region 7-AAAAA title match, with Woodland pulling away late for the victory.

Thanks to its top seed, the Wildcats hosted during last week’s prelims. Woodland had a bye in the opening round, and then walloped Greenbrier by a 78-6 final score. Cass went on the road and beat North Springs (78-6) and Eastside (58-9) in dominant fashion.

Adairsville got a tough draw in the 3A bracket. The Tigers landed the No. 4 seed, earning them an opening-round matchup with rival Sonoraville Saturday at Cherokee Bluff.

Should Adairsville advance, the Tigers will likely face top-seeded North Hall in the semifinals.

Meanwhile, Cartersville came up just short of reaching the finals despite finishing fourth in its region. After knocking off Region 6-AAAAA champion Villa Rica in the first round by a resounding 66-14 final score, the Canes fell to Walnut Grove in a tough 48-32 decision.